‘Who Leaves Their Doors Unlocked at Night When They Go to Sleep?’ 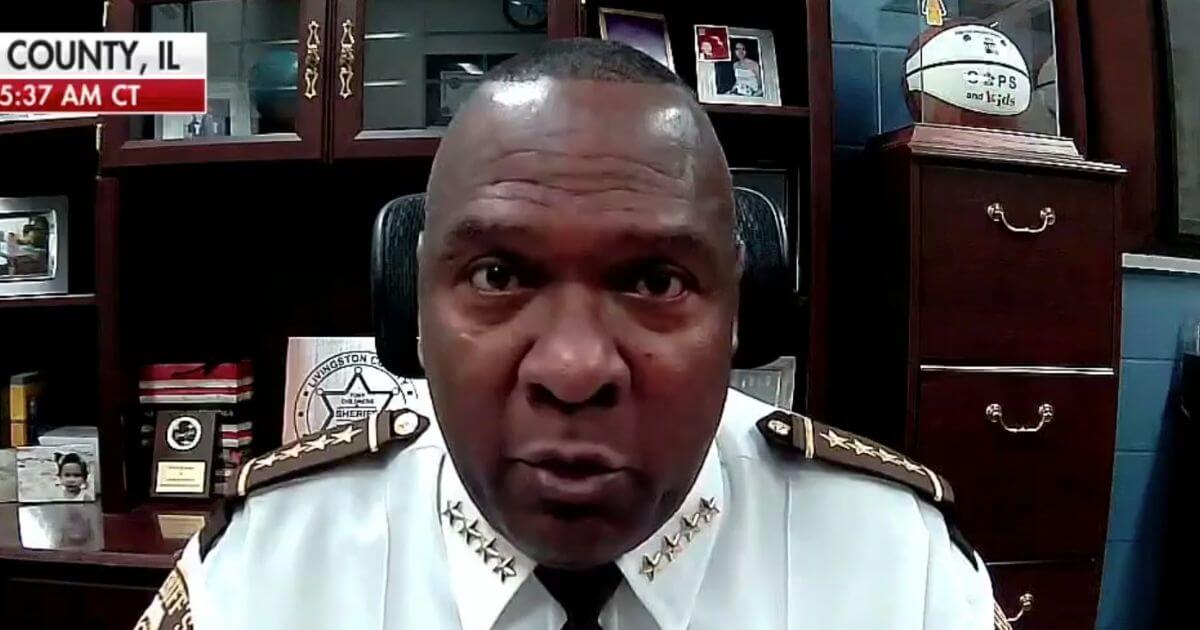 With the border crisis in full swing just halfway through the fiscal year, Livington County, Illinois, Sheriff Tony Childress is asking one simple question: If we don’t leave our doors unlocked at night while we sleep, why are we doing it at the border?

When asked by “Fox & Friends” host Brian Kilmeade about whether he supported the Department of Homeland Security restarting construction on the border wall, Childress responded, “Absolutely.”

And yet, Biden has done exactly that with the southern border. In fact, he’s gone further.

Much worse than simply leaving the border undermanned and largely undefended by border security personnel, the Biden administration has essentially opened the floodgates for illegal immigrants of all kinds to come to the United States.

In a March 16 news release, Department of Homeland Security Secretary Alejandro Mayorkas said the agency is “standing up additional facilities” in border states like Texas and Arizona. The action makes sense — more facilities mean more immigrants processed. However, that’s not all the Biden administration is attempting to do with these facilities.

Childress exemplified the concerns of many: “Why would we leave our nation open for immigrants to come in — many of them, I’m not saying all of them, but many of them are criminals. Why would you leave your nation unlocked so that it leaves our public unsafe?”

The administration’s evidently disastrous policy began with Biden’s Jan. 20 executive order to stop construction of the wall, diverting hundreds of thousands of dollars in funding away from the border and leaving border security fundamentally unequipped for the coming crisis.

In February, the administration’s ineptitude continued, with the DHS releasing “interim operating guidelines” which essentially forced border patrol agents to traverse the chain of command before making arrests in certain situations.

In the same month, a Mayorkas plan was leaked which would effectively gut Immigration and Customs Enforcement, moving thousands of front-line agents into “detective” roles and leaving the border undefended. Thankfully, the plan hasn’t yet been realized.

February, interestingly, was the same month that saw the largest illegal immigration spike in years, according to Customs and Border Protection data, with 100,441 encounters taking place.

The country has finally seen the poisonous fruits of the Biden administration’s policy, with border ranchers throughout the country speaking out. Some are experiencing widespread property damage from illegal aliens, while others are forced to travel armed around their properties for security.

This is happening all while Biden and his administration tell migrants “don’t come over” and even flat-out deny the crisis altogether.

This attitude might be changing, however. Potentially seeing the innumerable gaps in the border wall left by Biden’s careless executive order, it’s possible Mayorkas may order the DHS to continue construction of the wall in uncompleted areas.

“The president has communicated quite clearly his decision that the emergency that triggered the devotion of DOD funds to the construction of the border wall is ended.” Mayorkas reportedly said in a meeting, according to The Washington Times. “But that leaves room to make decisions as the administration, as part of the administration, in particular areas of the wall that need renovation, particular projects that need to be finished.”

Childress’ response absolutely characterizes the attitude of many toward this development.

“Listen, if they’re going to be serious about this and be truthful about filling in those gaps in those walls I would love to see it,” Childress told Kilmeade. “Absolutely, and I would support that 1,000 percent.”

With communities throughout the nation experiencing the crisis firsthand, if Mayorkas is truly willing to restart the construction of the wall and secure America’s southern border, we should all support it “1,000 percent.”

While Obama Made Millions off the Presidency, New Report Says Donald Trump Lost More Than $1.1 Billion

50% of Pilots in New Program Will Be Women or Minorities