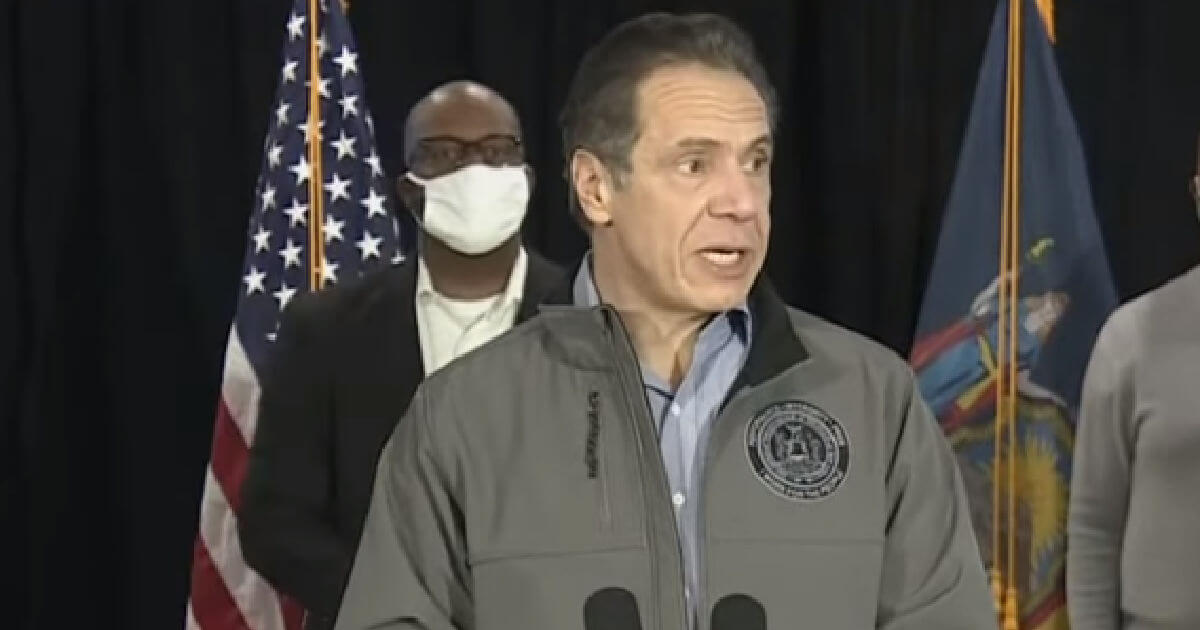 If a Republican governor would have been accused by two women, let alone nine, of sexual misconduct of any nature, I can assure you that he or she would have been drummed out of office long ago. But Cuomo seems to have an impressive coating of teflon that, so far, has kept him in power.

According to the Washington Examiner, another woman came forward over the weekend — with little press fanfare — accusing the governor of forcibly kissing her several years ago.

Sherry Vill is different in the sense that she’s only the second woman out of the long list of women accusing the governor of misconduct who wasn’t a former or current staffer. Vill, a 55-year-old mother and grandmother, said her run-in with Cuomo came in 2017 when he visited her home in Greece, New York to take an assessment of flooding damage.

In her account, Vill says the governor grabbed her face and forcibly kissed her cheeks, a move which she said she wasn’t comfortable with. She added that the governor landed another cheek kiss on her face shortly after the initial encounter.

“I felt like I was being manhandled.” @NYGovCuomo’s latest accuser, represented by @GloriaAllred, is a Rochester area woman whose home Cuomo visited to see flood damage in 2017. Sherry Vill says he grabbed her face, kissed both cheeks “in an aggressive manner.” #1010WINS pic.twitter.com/msEjCFHLp1

Adding another twist is that Vill claims the whole thing unfolded in front of her family — and her family reportedly tried to persuade her not to come forward, presumably for fear of some kind of retaliation given Cuomo’s gangster-like mentality and persona.

“That’s what Italians do, kiss both cheeks,” is what Vill said that the governor said. That matches with Cuomo’s recent (hilarious) defense that in Italian culture, greetings are often initiated with a kiss. But Vill said, as an Italian herself, that’s really only true with friends and family members — not complete strangers, at least not these days and especially not with the governor of a state.

High-powered lawyer Gloria Allred, who represents Vill, labeled the action on Cuomo’s part as an assault. Allred added that her client has already agreed to work with the New York attorney general’s investigation into multiple accounts of Cuomo being accused of all levels of sexual misconduct.

Since the accusations poured in, Cuomo has insisted to the press and to the residents of New York that he refuses to resign, saying that while he feels bad for some of the accusers, he insists that he did nothing wrong.

Only time will tell if Cuomo finally buckles under the pressure of multiple scandals, but for now, it looks like this slick Italian will continue to hold office without issue.

Rep. Chip Roy shares photos from harrowing trip to southern border, writes "This is what they don’t want the media to be able to report"