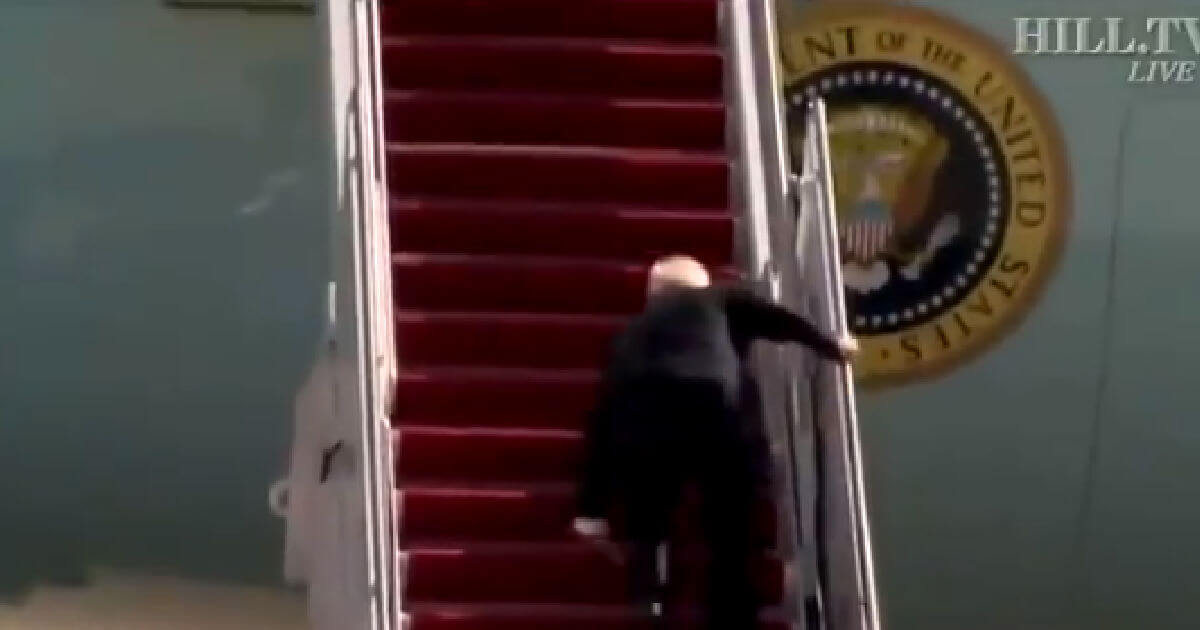 President Joe Biden, at the ripe and seasoned age of 78-year-old, has had his fair share of medical issues in his past.

But over the course of the last two years, as many have pointed out, there’s a very noticeable and alarming difference between his cognitive and physical health between now and as little as a few years back, when he was seemingly tack-sharp and didn’t have any real issues to speak of.

You can watch Biden’s speeches and actions from, say, 2015, and see a marked difference overall.

According to the Washington Examiner, former White House physician Ronny Jackson sounded the alarm on Biden’s health once again on the heels of his very embarrassing and sad triple fall he took while attempting to jog up the stairs to board Air Force One.

“I served as White House physician under THREE Presidents. I’ve seen what it takes physically AND mentally to do the job. I can tell you right now that the way Biden is hiding from the public is a MAJOR red flag. Something’s not right!” Jackson tweeted on Sunday.

I served as White House physician under THREE Presidents. I’ve seen what it takes physically AND mentally to do the job. I can tell you right now that the way Biden is hiding from the public is a MAJOR red flag. Something’s not right!

It wasn’t only the stairs, but Biden also added to his long-running list of bizarre, sometimes hilarious, and sometimes frightening gaffes — the most recent was again referring to Vice President Kamala Harris as “President Harris.”

“Because we believe in speed and efficiency must be matched with fairness and equity. Now, when President Harris took a virtual tour of a vaccination center in Arizona not long ago, one of the nurses on that tour — injecting people, giving vaccinations, said that each shot was like administering a dose of hope,” Biden said last week.

Jackson, who now serves as a Republican lawmaker in the state of Texas, was a White House physician from 2013-2018 under both President Barack Obama and Trump.

Many on social media downplayed Jackson’s claims, which are similar to claims he’s made in the past, as Jackson has a somewhat rocky history with accusations that he used to drink on the job, which were revelations that came out of an Inspector’s General report.

Jackson has firmly denied those allegations and stands by his assertion that he did nothing wrong and served his country with honor.

Honestly though, it doesn’t take medical training to observe that Biden’s biological clock is catching up to him, quickly. That tends to happen to millions of Americans when they inch closer to the age of 80 and beyond and there’s nothing wrong with that — except, unless, you happen to be the leader of the free world.

Gunman Dead After Ambush Against 2 Cops Backfires in Violent Manner

Mexican Cartels and Kidnappers Capitalize on Weakness of The Biden Administration... Number of Unaccompanied Immigrant Minors Drastically Increase at the Border