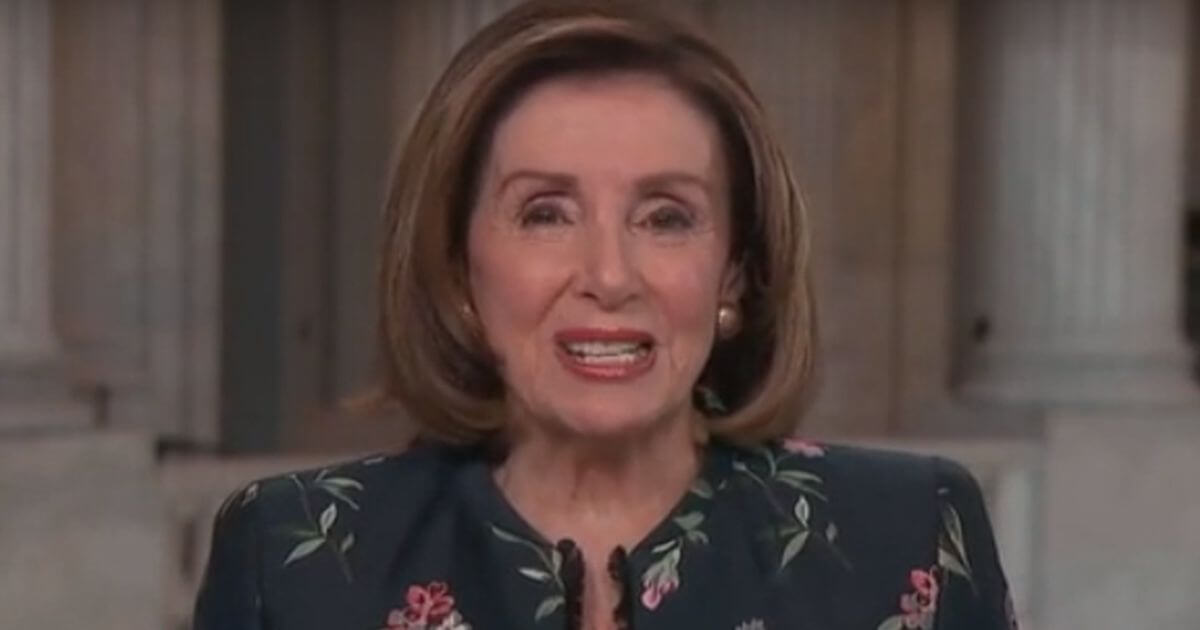 “Common sense” is seemingly not part of the Democratic lexicon.

House Democrats on Tuesday blocked consideration of a Republican bill sponsored by Iowa Rep. Mariannette Miller-Meeks that would require the Department of Homeland Security to test illegal immigrants for the coronavirus before releasing them into border communities, as they have been doing.

“This week, I traveled to El Paso, Texas, to meet with [Customs and Border Protection] agents and officers,” Miller-Meeks said in a statement on Tuesday. “I saw firsthand the crisis they are facing, and I believe it is our job in Congress to address it and assist them. Approximately 50% of agents have tested positive for COVID-19, and very few migrants are being tested.

“My REACT Act would require that every migrant released from CBP or [Immigration and Customs Enforcement] custody is tested and receives a negative test.

“Border security and immigration is not an issue that only affects border states, it affects every community across the country. By ensuring that individuals entering the country are negative for COVID-19, we can help keep our communities safe and healthy.”

The congresswoman also spoke about her bill — the Requiring Every Alien Receive a COVID-19 Test Act — on the House floor Tuesday.

“CBP is currently encountering more than 3,000 migrants on average, per day, which is rapidly approaching levels seen at the height of the 2019 crisis,” she said.

The 2019 fiscal year was the busiest at the border, with almost 980,000 immigrant encounters, according to CBP. Now, as a result of multiple Biden administration immigration policies, 2021 is on track to rival that number. In the first five months of the fiscal year, CBP has had nearly 400,000 encounters, including more than 100,000 in February alone.

Put simply, our border is being flooded.

As Miller-Meeks pointed out, Homeland Security Secretary Alejandro Mayorkas said in a Tuesday news release, “We are on pace to encounter more individuals on the southwest border than we have in the last 20 years.”

REACT Act by The Western Journal

Her legislation aimed to prevent the surge of migrants from spreading the coronavirus — and it wasn’t even brought to a vote.

With some federal facilities at 729 percent capacity as the Biden administration attempts to cram as many immigrants — most of them children — as possible into these camps, the spread of coronavirus is not only possible but a real threat that both the president and Congress ought to address — and yet they refused to do so.

Instead, Democrats elected to block a common-sense bill out of nothing more than an attempt to appeal to their radical base’s faux-virtue, while the president and his administration refuse to even acknowledge that there is a crisis at the border.

The Biden administration’s lax policy on COVID-19 testing for immigrants is already beginning to show its effects.

According to Felipe Romero, a spokesman for Brownsville, Texas, 108 illegal immigrants who were released into the border city in early March tested positive for the coronavirus at the city’s central bus station.

Border communities aren’t the only ones being affected by illegal immigration. As a lawsuit filed by the attorneys general of Arizona and Montana against DHS showcased, the effects are felt as far away as 1,000 miles from the southern border.

“Meth trafficked into Montana by Mexican drug cartels has wracked our state,” Montana Attorney General Austin Knudsen said in a statement. “The problem will only be made worse if the Biden administration continues to allow criminals to stay in the country.”

The lawsuit contends that Montana law enforcement will be stretched even thinner than it already has been by the rampant and increasing problem of drug trafficking in the state, saying, “Drug trafficking and the resulting drug-related crime and drug use threaten public safety and put a strain on Montana’s limited law enforcement resources.”

Miller-Meeks also pushed for the reintroduction of the Preventing Actions Undermining Security without Endorsement Act to “prohibit the Secretary of Health and Human Services from lessening the stringency of, and to prohibit the Secretary of Homeland Security from ceasing or lessening implementation of, the COVID–19 border health provisions through the end of the COVID–19 pandemic.”

The Democrats’ rejection of the REACT Act isn’t consistent with the party’s narrative. The American Rescue Plan Act of 2021, a bill supposedly intended to provide “relief” to Americans hurt by the coronavirus pandemic, was passed on March 6. Now, Democrats are blatantly ignoring the glaring threat to the health of America’s border communities by simply allowing those with coronavirus to waltz through holes in the border and into bars and ranches.

While they claim to have the health of the American people as their top priority, votes like these showcase the fact that most would rather virtue signal than protect border communities and Americans at large.

Media Changes Its Tune, Admits Addiction, Not Hate May Have Driven Suspect in Georgia Spa Shootings