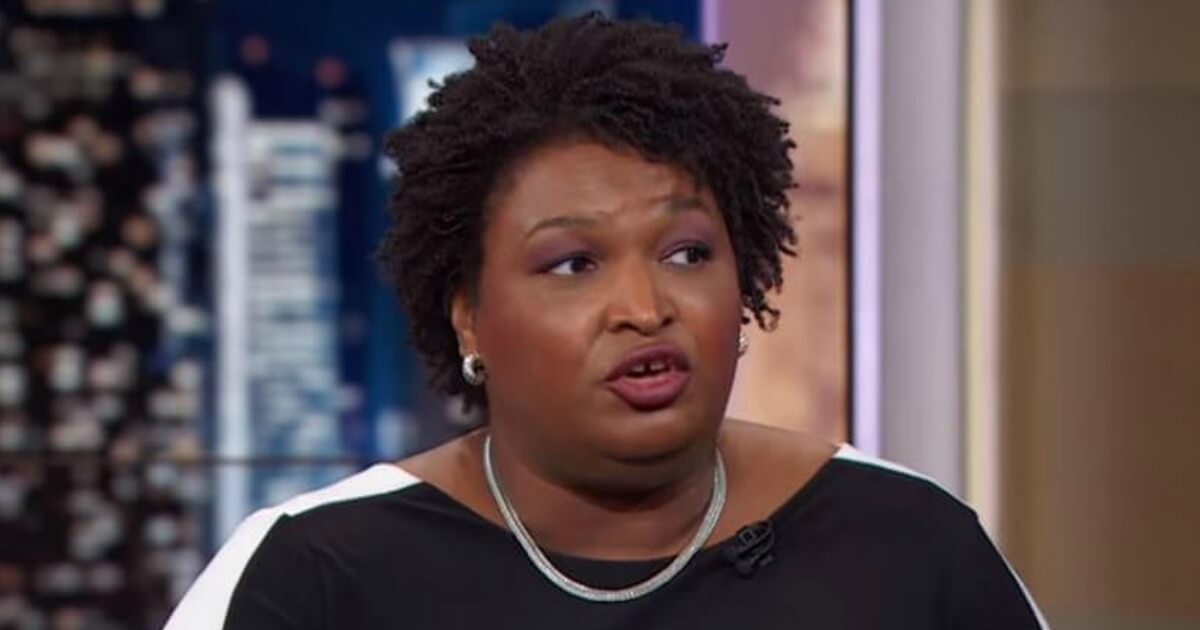 “It’s been over two years, and you still refuse to concede that you lost the race for governor in Georgia in 2018,” Texas Sen. Ted Cruz said during a Senate Judiciary Committee hearing on Tuesday.

“You have said that, quote, ‘You do not concede that the process was proper’ and that, quote, ‘They stole it from the voters of Georgia.’ Yes or no, today, do you still maintain that the 2018 Georgia election was stolen?”

“As I’ve always said, I acknowledged at the very beginning that Brian Kemp won under the rules that were in place. What I object to are rules that permitted thousands of Georgia voters to be denied their participation in this election, to have their votes cast out,” she said.

Cruz repeated his question, asking for a clear yes or no answer and stating that he had used her own language to form his question.

Again, Abrams deflected. But she maintained that the election had been “stolen.”

“My full language was that it was stolen from the voters of Georgia. We do not know what they would’ve done because not every eligible Georgian was permitted to participate fully in the election,” she said.

It seems Abrams won’t let go of her claims of voter suppression, even after the left dismissed former President Donald Trump’s concerns about the integrity of the 2020 presidential election.

Why the double standard?

Cruz continued to grill Abrams on Georgia’s voting demographics, highlighting that “the percentage of African-American Georgians who were registered to vote and who turned out to vote” exceeds the national average, including in the 2018 election Abrams claims was stolen.

“The percentage of black Georgians who are registered to vote in 2018 is 64.7 percent. That compares to 60.2 percent as the national average. The percentage of Georgians who voted in 2018 — the election you claim was stolen from you — was 56.3 percent. That’s higher than the national average of 48 percent. Let me ask you this, Ms. Abrams. In 2018, do you know which demographic group in Georgia had the highest registration percentage and the highest turnout percentage?” Cruz asked.

Abrams deferred back to Cruz for the answer, which was, not surprisingly, African-Americans.

Considering the left’s long history of double standards, Abrams will continue to get away with her lie that the 2018 Georgia gubernatorial election was stolen, without providing any proof.

Major news outlets such as The Atlanta Journal-Constitution and NPR reported on Georgia’s voter “purge” in 2018.

The purge stemmed from a 1997 law (passed by a Democratic legislature and signed by Democratic Gov. Zell Miller) that allows officials to remove registrants from the voter rolls if they have not voted in previous elections and have not responded to notices issued by the state.

Officials removed 107,000 voters from the rolls in 2017 because those individuals had not voted since the 2008 presidential election.

Georgia wiped more than 500,000 voters from the rolls for a number of reasons in 2017, including the fact that legal action against the state had postponed previous purges.

Of course, many states carry out voter roll purges similar to Georgia’s in an effort to ensure that those who are deceased or who might have moved out of state are not still registered to vote.

Georgia’s law only seemed to become a point of controversy when Abrams lost the gubernatorial race.

Should the purges be the source of Abrams’ — and others’ — complaints?

The Washington Examiner detailed Georgia’s election law during the 2018 controversy, noting that voters who have been deemed inactive can renew their registration status.

“The voter is notified via a prepaid return postcard that he is inactive and can become active again in three ways: by voting again, by returning the notice, or by otherwise making contact with local elections officials. The inactive voter has an additional four years (or two federal election cycles) to reactivate his registration,” the outlet reported.

Does this sound like an unfair or discriminatory process?

No, but Democrats have to grab onto anything that could rally their supporters.

Did Trump receive the same consideration for his claims of voter fraud?

No, and that’s the leftist double standard in action yet again.

WATCH: John Kennedy: I never dreamed Biden would be left of Lenin