Cartels and Smugglers Taunted Us 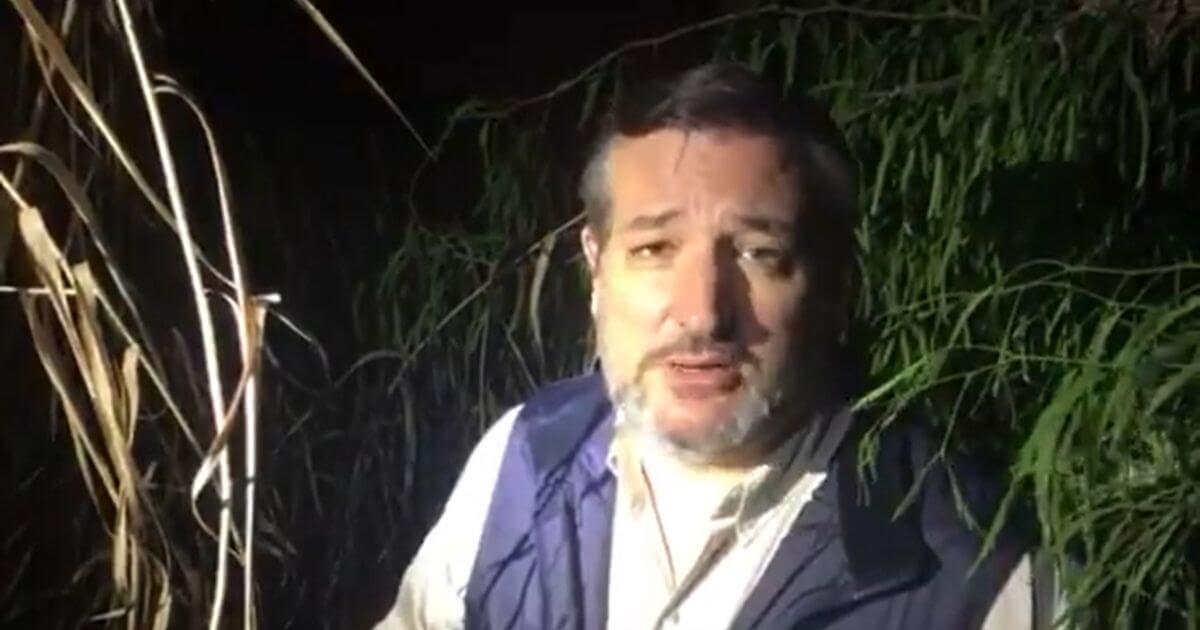 Just hours after President Joe Biden downplayed the unprecedented border crisis he spawned, 18 Republican senators made a midnight trip to the Rio Grande Valley in Texas to expose what the White House media blackout is hiding: a festering public health, humanitarian and national security catastrophe.

Sen. Ted Cruz of Texas and Sen. Mike Lee of Utah were joined by 16 other U.S. senators who decried the appalling conditions they witnessed at the border in Mission, Texas.

During their visit, human traffickers and cartel members on the Mexican side of the Rio Grande heckled the senators and mocked the exhausted, overwhelmed Border Patrol officials who protect the area.

“We have been listening to and seeing cartel members, human traffickers right on the other side of the river, waving flashlights, yelling and taunting Americans, taunting the Border Patrol, because they know that under the current policy of the Biden administration they can flood over here,” Cruz said in a Twitter video posted Friday at 2:15 a.m. Eastern time.

“They’re getting paid [$4,000], $5,000 a person to smuggle them into the country, and our policy is when they smuggle them in, the Biden administration releases them,” he said.

Live footage from the banks of the Rio Grande.#BidenBorderCrisis pic.twitter.com/aO4EyANrRQ

Cruz urged the Biden administration to stop denying the emergency it inflamed with its irresponsible rhetoric and lax immigration policies because its inaction is endangering national security and the safety of all Americans.

“Last month, 100,000 people came across the border illegally,” the senator said. “We’ve got 15,000 kids in federal government custody. This is a humanitarian crisis.”

He continued: “It’s a public health crisis — the illegal immigrants who are being released, they’re testing positive for COVID-19 at a seven-times-higher rate than the American population. And it’s a national security crisis. It’s time for the Biden administration to put an end to it and stop sanctioning lawless chaos on our southern border.”

In an appearance Friday on Fox News, he said these underground criminals love smuggling migrants into the U.S. because they’re making $14 million a week as the nation buckles under the harrowing crisis.

Lee also confirmed that the Biden administration has made the border a “press-free zone” because it doesn’t want the public to discover how horrific the situation really is.

Why? Because the truth would undercut Biden’s false claims that the U.S. is not being besieged by armies of unvetted migrants every day.

Some of the illegal aliens told reporters that they’re barraging the border because Biden wants them to come.

Breaking: More of the Cartel Uber in action in McAllen Texas, thanks to Open Borders Democrats! @RealAmVoice https://t.co/vWE9zNIFzQ pic.twitter.com/Y79BXhCInK

This is not the first time that seedy criminals who profit from exploiting our porous southern border have mocked America’s inability (or rather, unwillingness) to stem the crisis.

In 2019, Mark Morgan — who was Border Patrol chief under President Barack Obama and acting director of Immigration and Customs Enforcement under President Donald Trump — said MS-13 gangsters often chuckled at how easy it was for them to illegally sneak into the U.S.

“Before I was the chief of Border Patrol, I was with the FBI. And I actually supervised the MS-13 gang force in Southern California,” Morgan told Fox News host Tucker Carlson.

“We used to catch them on surveillance wires and they would laugh, MS-13 gang members would laugh, at how easy it was to go back and forth between the Mexico and U.S. border.”

This Administration has implemented critical policies and reached important agreements with our partners in Mexico, El Salvador, Honduras and Guatemala that have resulted in the fifth consecutive month of reduced apprehensions on the Southwest border. https://t.co/0RT76QqGNn

He and other experts said it was working to stem illegal immigration. So naturally, Biden halted construction on the wall on his first day in office — one of several steps that led to the current crisis at the border.