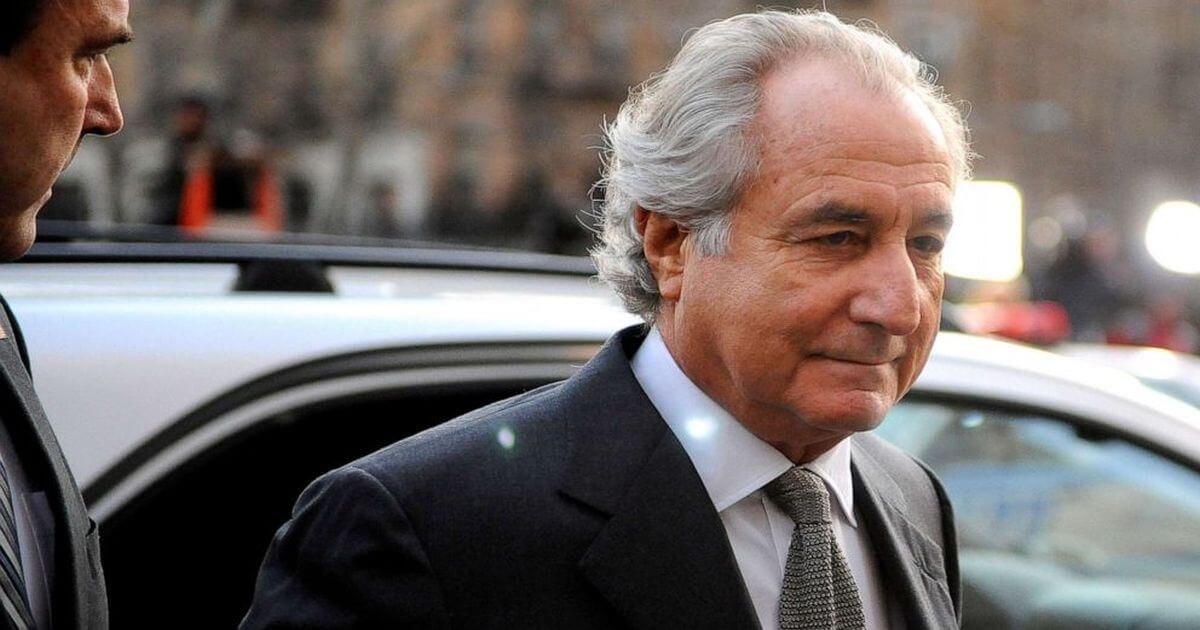 (Reuters) – Bernard Madoff, who was convicted for running the largest known Ponzi scheme in history, died on Wednesday in federal prison where he was serving a 150-year sentence, the Bureau of Prisons said. He was 82.

Madoff had been suffering from chronic kidney failure and several other medical ailments.

He had been held at a federal prison in Butner, North Carolina, after being sentenced in June 2009 to a 150-year term for engineering a fraud estimated as high as $64.8 billion.

Among those he betrayed were the actors Kevin Bacon, Kyra Sedgwick and John Malkovich; baseball Hall of Fame pitcher Sandy Koufax; and a charity associated with director Steven Spielberg.

Owners of the New York Mets, longtime Madoff clients, struggled for years to field a good baseball team because of losses they suffered.

“We thought he was God. We trusted everything in his hands,” Nobel Peace Prize winner Elie Wiesel, whose foundation lost $15.2 million, said in 2009.

Some victims lost everything. Many came from the Jewish community, where Madoff had been a major philanthropist.

Madoff’s crimes were revealed to authorities in 2008 by his two sons, who were not part of the scheme.

The fraud exposed holes at the U.S. Securities and Exchange Commission, which through incompetence or neglect botched a half-dozen examinations.

“There were several times that I met with the SEC and thought, ‘They got me,’” Madoff told lawyers in a prison interview, according to ABC News.

Madoff had been the largest market-maker on the Nasdaq, once serving as its non-executive chairman.

His brokerage firm was located in a Midtown Manhattan tower known as the Lipstick Building.

Employees there said they felt like part of Madoff’s family. They did not know he was running his fraud on a different floor. Only a trusted few did.

In a typical Ponzi scheme, money from newer investors is used to pay sums owed to earlier investors.

Madoff said his fraud began in the early 1990s, but prosecutors and many victims believe it started earlier.

Investors were entranced by the steady, double-digit annual gains that Madoff seemed to generate, and which others found impossible to explain or duplicate.

The money helped Madoff and his wife, Ruth, enjoy luxuries such as a Manhattan penthouse, a French villa and expensive cars and yachts, with a combined net worth of about $825 million.

But no one from Madoff’s immediate family was in the Manhattan courtroom when U.S. District Judge Denny Chin sentenced him.

And no family, friends or supporters submitted letters attesting to his good character or deeds in support of leniency.

“I believed when I started this problem, this crime, that it would be something I would be able to work my way out of, but that became impossible,” Madoff told the court. “As hard as I tried, the deeper I dug myself into a hole.”

Madoff also addressed victims in attendance, saying, “I am sorry. I know that doesn’t help you.”

Bernard Lawrence Madoff was born on April 29, 1938, in the New York City borough of Queens and grew up there as the son of European immigrants who ran a brokerage out of their house.

Madoff started small, selling penny stocks in the over-the-counter market. By the early 1970s, he had become one of the five original broker-dealers in the Nasdaq trading system.

At times friendly and charming, and at others aloof, Madoff had a penchant for neatness that some viewed as an obsession.

Madoff’s offices were decorated in black and shades of gray, with little paperwork or objects visible on employee desks, and he coordinated several wedding rings with his wristwatches.

Clients were told they would make money through a “split-strike conversion strategy,” in which Madoff would buy a basket of large stocks to mirror the Standard & Poor’s 100 index, and reduce risk by purchasing and selling options on that index.

But it wasn’t real.

Prosecutors said Madoff and his staff sent clients fake confirmations for trades he never executed, and fake account statements to document gains he never made.

Madoff admitted to sometimes dipping into his account at JPMorgan Chase to pay customers who wanted their money back.

Suspicions began surfacing in the early 1990s, when Madoff’s name came up in a SEC probe of a now-defunct Florida accounting firm, Avellino & Bienes.

In 2001, a Barron’s article noted skepticism on Wall Street about Madoff, including that he might be using his market-making operation to “smooth” returns for investors.

Madoff demurred. “It’s a proprietary strategy. I can’t go into it in great detail,” he said, while dismissing the Barron’s theory as ridiculous.

From 1992 to 2008, the SEC received six complaints raising “significant red flags” about Madoff and whether he was trading anything, but never took even basic steps to figure out what he was doing, its inspector general David Kotz later said.

It all came crashing down in the fall of 2008, as the global financial crisis struck and many investors demanded to cash out.

Unable to fulfill $7 billion of redemption requests, Madoff confessed to sons Mark and Andrew that his investment advisory business was “one big lie.”

The sons went to the authorities and Madoff was arrested on Dec. 11, 2008, one day after his company’s Christmas party. Three months later, he pleaded guilty to 11 criminal counts including fraud, money laundering and perjury.

Madoff initially maintained that the fraud was his alone, but prosecutors ended up winning 15 convictions or guilty pleas.

These included a guilty plea from Madoff’s younger brother Peter, the firm’s chief compliance officer, who received 10 years in prison. The only trial ended with convictions and prison terms for five former Madoff employees.

Prosecutors got a major boost after winning the cooperation of Frank DiPascali, Madoff’s longtime financial chief, who died in 2015 of lung cancer.

Ruth Madoff was not charged. She said she felt her husband had betrayed her after nearly a half-century of marriage. Many were skeptical of her claim she knew nothing about the fraud.

Within days of Madoff’s arrest, efforts began to try to recoup money for people who invested with him or with third parties that sent their money to his firm.

A large portion of these sums came from a $7.2 billion settlement with the estate of Jeffry Picower, a longtime Madoff investor from Florida.

The pain for Madoff’s family did not end with the patriarch’s imprisonment.

Tormented by his father’s actions and by lawsuits, Mark Madoff, the older son, hanged himself with a dog leash at age 46 on Dec. 11, 2010, the second anniversary of his father’s arrest.

As his health worsened, Madoff sought an early, “compassionate release” from prison.

Chin rejected that request in June 2020, agreeing with prosecutors that prison interviews where Madoff played down his crimes showed he “never fully accepted responsibility” for them.

In the New York magazine article, Madoff made clear he believed he changed how Wall Street operated, and many victims might have lost more money in the markets had they not heard of him.

But he said he would not make excuses for his fraud and had come to terms with his crimes and pariah status.

Daunte Wright Had Warrant Out For His Arrest For Attempted Aggravated Robbery Charges After Choking a Woman, Holding Her at Gunpoint For Money -